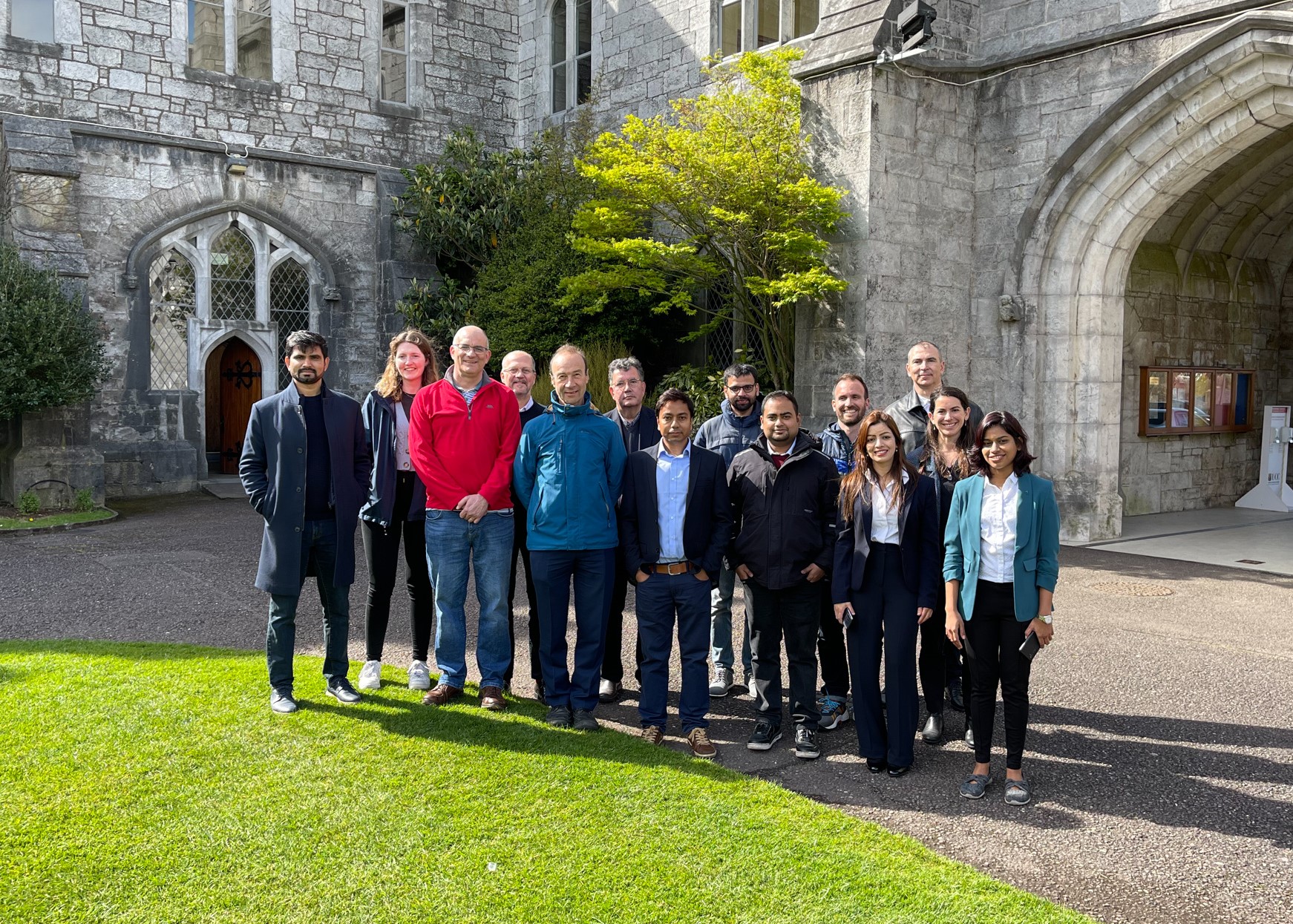 This General Assembly took place between 6-8 April 2022 and involved 17 researchers, advisors and project managers from across five European countries.

“While virtual meetings have been great over the last 18 months, the conversations and ideas flowed a lot more naturally at the face-to-face meeting,” said RADICAL project coordinator, Professor Justin Holmes (UCC). “It was great to see people in 3D rather than 2D!”

Highlights of the meeting included:

– a welcome and tour of the UCC’s flagship Environmental Research Institute facilities,

– and of course, the many spontaneous and fruitful scientific discussions about the RADICAL sensor.

The meeting also included a six-monthly Executive Board meeting and Work Package progress updates from each of the partners.

In particular the team was delighted to be joined by RADICAL’s external advisor, Matthew Johnson (Airlabs), who guided the discussions on commercialisation and innovation.

The RADICAL team has recently reached key milestones such as the fabrication of nanowire array chips (led by HZDR) and initial gas sensing tests using NO2 within a custom-built probe station (led by UCC).

The team looks forward to building on the momentum of this productive meeting as the sensor is developed from initial fabrication to tailored functionalisation for atmospheric radicals.

Particular thanks to the Project Management team for coordinating such a productive meeting: Tamela Maciel (UCC Academy) and Justin Holmes (UCC), pictured right.