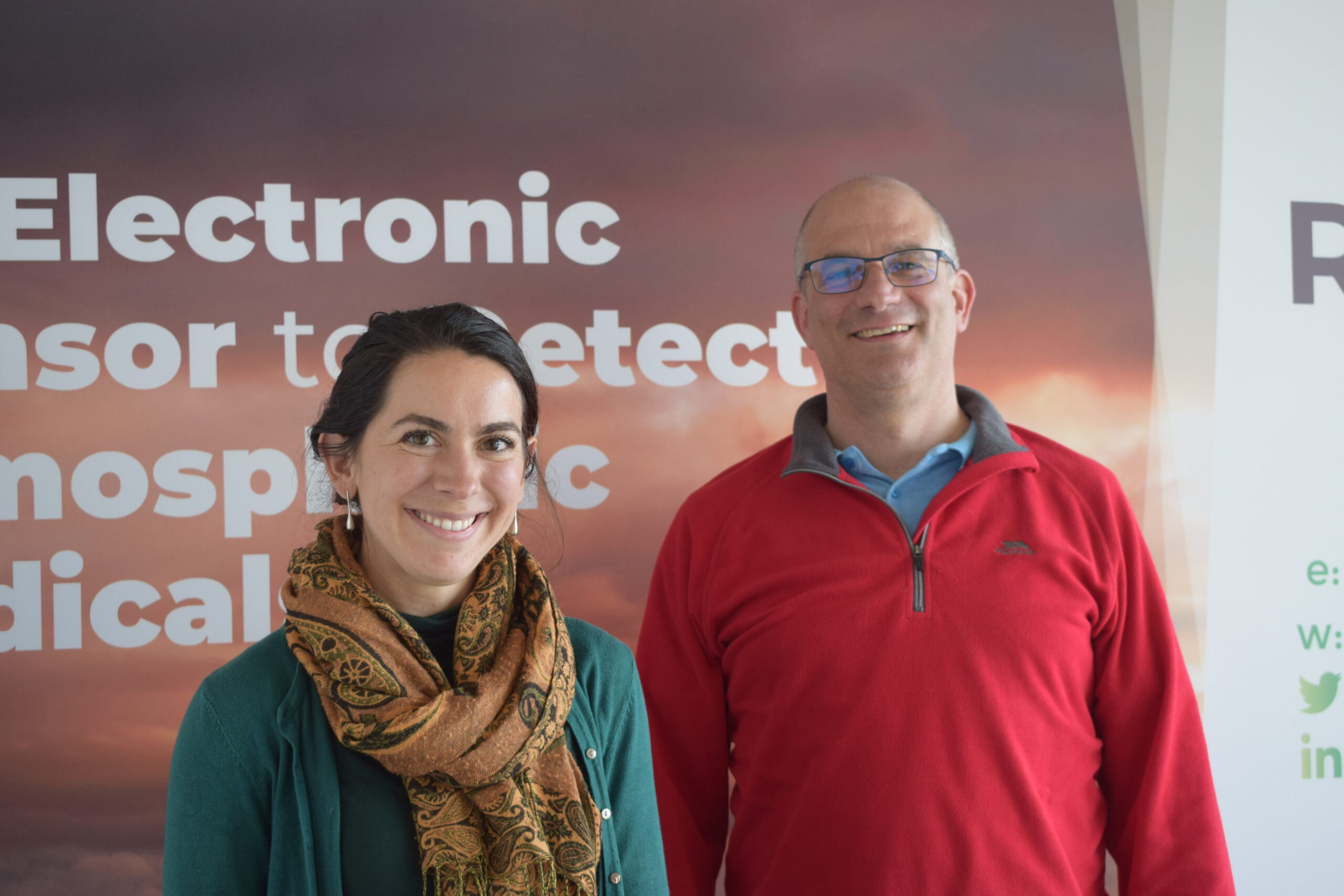 In this article, we introduce our partners at UCC Academy in Cork, Ireland, who lead on project management, communication, and dissemination. This article was originally published on the UCC Academy website to mark Earth Day 2022.

The first Earth Day was marked in 1972 and more than 50 years later, the need to protect our planet has never been more urgent. UCC is playing its part in tackling climate change on many fronts, including two exciting projects which aim to make an impact in the fields of air monitoring and renewable energy.

Both projects are co-ordinated by Professor Justin Holmes of the School of Chemistry and funded by the EU — RADICAL is developing new ways of detecting atmospheric radicals using small, low-cost electronic sensors, while TRANSLATE aims to develop innovative materials to convert waste heat into electricity.

Dr Tamela Maciel of UCC Academy is providing project management and science communications support on both projects, and says they have huge potential for real-world applications.

“The bigger picture for both projects is that the nature of academic research and funding for research has changed a lot. It is not just about doing research in a lab, in a silo, and maybe you publish at the end of four years. Projects don’t get funded unless they have clear plans for impact for a wider audience, for public engagement, for engagement with industry. Europe in particular is very interested in projects that have a plan for bringing something to market or something that will exist outside of a university world,” she says.

UCC Academy assisted Justin and the team in drafting funding proposals for both projects.

“I came on board when RADICAL started in November 2020,” says Tamela. “My role is two-fold. There are a lot of academics involved across different institutions and for some of them, this is their first EU-funded major grant, it is €3.2 million across all the partners. I make sure they are delivering what is required, don’t miss deadlines, that the reporting is there and so forth and I am the contact with the European Commission. Another important element is the communications part. I developed the website for RADICAL with some of the partners, and I work closely with the design team in UCC Academy to produce videos, infographics, leaflets, all of that, everything that can tell the story of RADICAL to a wider audience.”

According to Tamela, telling the stories of those behind the research is a vital element of her work.

“I am also trying to get the stories out and visiting people in labs, which hasn’t always been possible because of the pandemic, so it is exciting now to be able to go in and see what people have been doing. I really want to highlight the people behind the projects. Those are things that really resonate online — people want to see faces in the labs, they want to see what is the story, how did these people start this project and how did they get into chemistry. Meeting in person is really key because people see you as a person rather than an e-mail.”

Tamela says there was great excitement on campus recently when the cross-European team working on RADICAL were able to meet up for the first time since the project began more than a year-and-a-half ago.

“The RADICAL project involves about 20 people all across Europe, so we had partners coming to Cork from Bulgaria, Greece, Germany and the UK. It was wonderful and very surreal after the challenges of working through the pandemic. People were so excited about all the new things they could talk about now that they were meeting in person. Even just seeing the labs where some of the work is being done, it makes it so much clearer what we are doing. It is hard to describe that virtually,” she says.

Tamela is looking forward to more in-person events and networking opportunities in the future.

“We have mapped out our future project meetings for the next three years for RADICAL, trying to visit each of the partners across Europe and also there are a lot of conferences and events we want to go to, it is really exciting. One of the big ones we are going to in May is an international air sensor conference in California. Myself, Justin, and Dr Stig Hellebust (RADICAL project researcher and UCC atmospheric chemist) are heading over to present on results but I will also be doing a lot on social media, and engaging with other people doing similar types of projects, as a way of raising awareness of the project. The best way of networking really is person to person conversation at a conference or seminar or bumping into people in the hallway,” she says.

Tamela adds that being involved in projects that have the potential to make a real difference in the movement for climate action is particularly gratifying.

“For RADICAL, we have never had a detector for atmospheric radicals that is small, handheld and electronic. Both RADICAL and TRANSLATE are at early stages but the focus in the next few years is to find potential industry partners that want to work with us on future funding applications.”

“It wasn’t just the project management aspect that appealed to me about this role but also the ability to work really closely with academics to the point that you understand the science as well and can translate that to a wider audience. It is really rewarding,” she says. “I went from astrophysics to working at a museum dedicated to space exploration, which was a natural fit, but then moving here to UCC Academy, it was really nice to be working on something that was completely about the environment, sustainability and climate change and actually having those discussions on a daily basis. I have learned a huge amount about those issues. Personally, I feel very motivated by that.”

CEO of UCC Academy, Arlene Vithaldas says: “UCC Academy works on several projects supporting research and it’s a real privilege for us as a company to play a role in solving the greatest challenges of the 21st century, such as climate change.  We are essentially the ‘concept to reality’ pathway.  Our role is to take a great idea and get into the detail of making it real and communicating about it. These kinds of projects are very career enhancing for our project managers.”

To find out more about UCC Academy and the services it provides, visit the UCC Academy website.